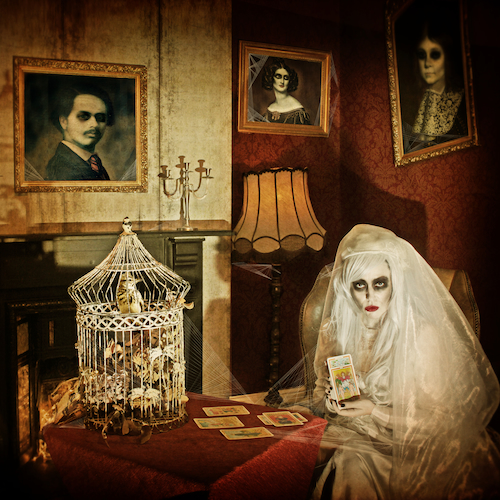 Witch Of The East

Witch Of The East - Queen Of Insecurity

The album titled (Queen of Insecurity) draws on the orgasmic din of Witchy, Grunge horror. A beautifully dark concept album that touches on industrial rock, grunge and dark pop.
The combination is sure to terrify people.

“Witch of the East has no limits, no compromises. It’s an honest interpretation of your surroundings. A harsh but beautiful world! Being free to say what you really mean! No matter who is listening.”

“Aeris Houlihan created the best ear-movie valentine anyone has ever made for you, exploring light, dark, tension and release. That she wrote, played and produced it all proves that time again, the female is always the deadliest of the species.” - Jason Pettigrew/ Alternate Press


"Queen Of Insecurity is the ominously atmospheric album from Witch of the East. Led by Aeris Houlton, their debut LP takes an unflinching look at the sinister side of life via nasty blues riffs and the hardest edge of glam rock. From the savage assaults of Corridors and Chest Vomit, to the air of menace created by When You Fuck Me and Hexenhaus, it’s a gloriously bleak first record from these rising dark stars." Jimi Arundel - Leftlion Magazine